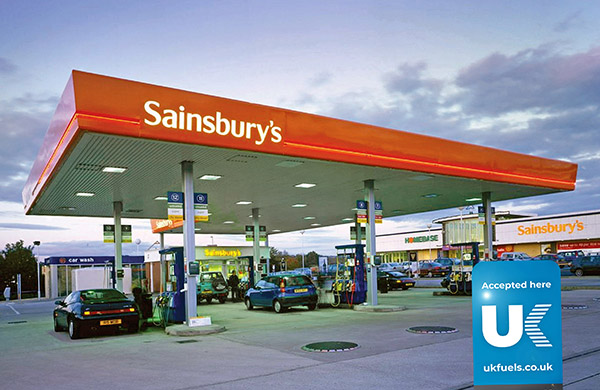 Crewe, 16 November 2020 – UK Fuels has expanded its nationwide fuel card network to 3350 sites following the addition of 307 Sainsbury’s fuel station locations in November. UK Fuels believes it has now become the largest independent fuel card network in the UK and by Christmas, the company expects a total of 3,500 fuel stations will be accepting UK Fuels’ cards.

Crewe headquartered UK Fuels is part of Radius Payment Solutions one of the UK’s fastest-growing companies and a major player in the fleet sector with telematics, telecoms and insurance divisions growing strongly through recent acquisitions and organic growth. UK Fuels is also celebrating its 30th anniversary this year and offers the largest range of fuel cards in the UK with more than half a million fuel cards actively being used by its customer base each year.

“The team at UK Fuels has been working exceptionally hard over the last year to expand the network and we always had our sights set on becoming the largest network in the UK. With hundreds more supermarket fuel stations being added in recent months – giving us 83 per cent coverage of the UK supermarket fuel station network – we have reached our goal with flying colours,” said UK Fuels Regional Director, Jonathan Haseler.

By postcode area we now have 96 percent of the UK covered with fuel station locations that accept our fuel cards, which during a tumultuous 30th anniversary year, is a significant milestone in UK Fuels history.”