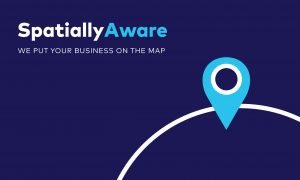 It was not long ago that we relied on road atlases to plan our road trips and you certainly wouldn’t head to London without your trusted copy of A to Z.  In fact it was only very recently that one close work colleague of mine, who will remain nameless here, continued to reject any form of electronic navigation aid having complete Faith in a dog-eared AA road atlas sat on the passenger seat.  So in that era before TomTom landed we relied a lot on not just maps but a general awareness of where we were and where we were heading.

In the Peel family car the role of navigator was usually yours truly.  That’s because everyone else was asleep and I was the driver.  On the few occasions that my peace was shattered by an awake family – usually playing spot the yellow car (note, we are not academics) – I’d ask someone to navigate.  We’d inevitably get lost and I would curse my little navigator saying ‘your Spatial Awareness is terrible’.

As the Peel family grew (yes, all of us) SatNav devices replaced the compass on the dash (yep I did, it was very useful when lost in London knowing that you were at least heading westwards).  However ever since the birth of child two and the year we formed our fledgling marketing business (1992) one thing had kept bugging me.  It was the name.  ‘The Marketing Edge’ was chosen because that’s what we felt we could offer but at that time we had no idea who would employ us or what exactly we’d end up doing.

It happened that I had been closely involved in some very new technology of the day – Geographical Information Systems (GIS) and vehicle telematics, or Automatic Vehicle Location (AVL) as it was known then.  As the years progressed we found our niche in those areas and with the arrival of the nameless person we strengthened our case as specialists in our field.  Ask us to write 1000 words on mapping, navigation, remote sensing, laser mapping, 3D city modelling, routing or tracking and we are in our element.

As we reached 25 years in business that name thing still bothered me.  Much as I tried I could not get the Spatial thing out of my head; that’s what we do day in day out.  It isn’t just our work.  All being geo-somethings we don’t get lost while out walking, running, cycling.  It’s a spatial thing you see.  Just as some in the team always know exactly where the cold glass of wine is located.

So, here we are at last with a new name and one that better reflects who we are.  We thought about Spatial Edge, Spatial-IT, Geospatial PR but the short list came down to ‘Spatial Awareness’ or ‘Spatially Aware’.  The latter won the vote (well OK, I mean my vote!) as it works better when we add what we do – Spatially Aware PR.