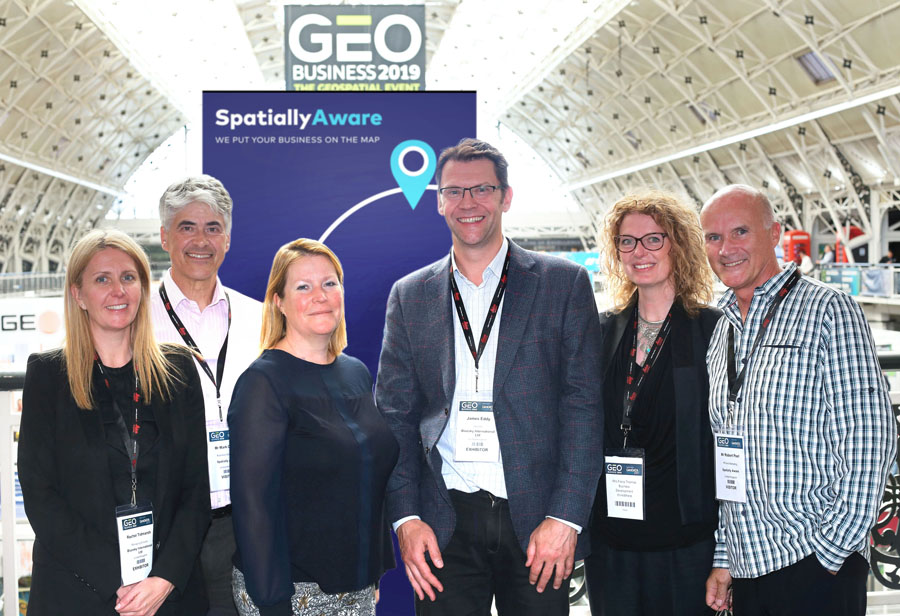 Malmesbury, UK, 23 May 2019 – UK-based PR and marketing consultancy The Marketing Edge has re-named as Spatially Aware. The change comes as the company celebrates over 25 years in the geospatial sector with re-branding to better reflect the unrivalled experience of the business in the geographic data, software and services sectors.

Spatially Aware PR and Marketing (https://spatiallyaware.co.uk/) works with organisations that provide technology, data and services for mapping, 3D modelling and surveying. With a pedigree spanning more than 25 years the team at Spatially Aware has supported organisations such as The Association for Geographic Information and The British Cartographic Society and has helped companies including Bluesky, thinkWhere, Pointfuse, GeoPlace, 3D Laser Mapping and 3D Repo to achieve international acclaim and business success.

“From our formation back in 2003, the team at Spatially Aware has played a vital role in establishing Bluesky as a major player in the market.  Having dealt with other PR and marketing firms elsewhere we really appreciate the exceptional service and industry know-how of Spatially Aware; something that we feel has given us an important marketing edge over many years,” says Rachel Tidmarsh, Managing Director of Bluesky International.

“Spatially Aware really do understand GIS and the market and everything they produce is right first time – at last we have a PR agency that we can trust,” comments Alan Moore, CEO of thinkWhere. “Their output is exceptional and we have seen our profile boosted thanks to excellent press coverage – not just in the GIS press but also in the business press and newspapers.”

“As a technology start up in a market dominated by big corporates and long established legacy IT suppliers we appointed Spatially Aware to help build our profile with PR and we secured excellent coverage,” says Dr Jozef Doboš, CEO, 3D Repo.

The marketing consultancy was originally formed by Robert Peel in 1992.  After running a digital mapping software company, Peel launched the world’s first commercial vehicle tracking system as Head of Marketing at Datatrak.  Faith Clark meanwhile joined the Spatially Aware team in 2005.  A respected marketing communications specialist Clark is a regular contributor to the GIS press.  Previously Clark helped to market a unique technology that paired video with GPS to provide stereoscopic 3D images. She then spent 8 years at The GeoInformation Group where she established the successful GeoDATA educational events.